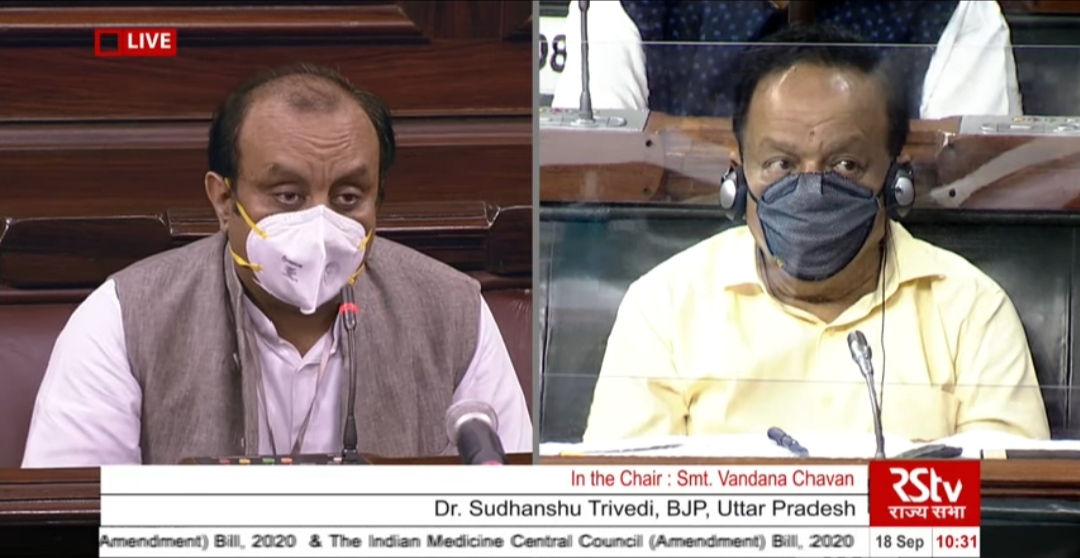 BJP MP Sudhanshu Trivedi ,in Rajya Sabha on Friday called for evolving research in Indian medicine systems of Homeopathy and Ayurveda, saying India can become a world leader by developing alternative technologies and not by following established technology.

Trivedi said during the COVID-19 outbreak, the government has officially called for the use of alternative medicines of Ayurveda and Homoeopathy for boosting immunity and this will prove beneficial in the coming times.

“When we are faced by new challenges in the new age, we would have to go through alternative technology to become world leaders. By following established technology, we can only become followers and not leaders,” the BJP MP said.

Trivedi said in the 21st century, India has taken forward many researches.

“We can become world leaders in new techniques and this government is moving ahead with new dimensions”.

He asked “How can health for all be achieved till we do not develop structured medical practice systems?”

Quoting Rabindranath Tagore, he said, “We could have have been in a different position in the world had we followed what Tagore had said in 1936, established research institutes for Ayurveda and Homoeopathy and possessed some patents.”

What was the government doing for so many years and why did it not do anything and bring a bill in Parliament earlier?

The government should not delay setting up the two councils.

Why there cannot be an independent board for the promotion of traditional medicines?

More over there is no representation of states in the two councils.

They suggested for at least representatives of state governments should be taken into consideration in these bodies.

Do you know?–HOMOEOPATHY, a unsung version of recently popular Molecular Imprinting Technology

Great Success of AYUSH System in India gets Worldwide Attention in COVID 19 Research- WHO, BRICS, Europe join India to Conduct Research on AYUSH

Ministry of AYUSH seeks details of AYUSH drugs & results of clinical trials and research, in COVID 19 treatment- a step forward