To facilitate planned and systematic growth of the Ayush sector, Ministry of AYUSH (Ayurveda, Yoga and Naturopathy, Unani, Siddha and Homoeopathy) plans to set up a strategic policy unit that will help it reach its full potential.

The Ministry of AYUSH  has collaborated with Invest India, which is a National Investment Promotion and Facilitation Agency that helps investors looking for investment opportunities and options in India, to create the unit called ‘Strategic Policy & Facilitation Bureau (SPFB)’. 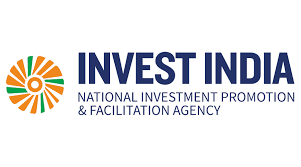 “Setting up of the SPFB is a forward-looking step which will make the Ayush systems future-ready. This bureau will support the ministry in strategic and policy-making initiatives that shall help pave the way to reach the full potential of the sector and stimulate growth and investment.

At a time when the Covid-19 pandemic is leaving indelible imprints in the health-seeking behaviours of people around the world, such a strategy unit can be of immense support to the stake-holding groups of the Ayush sector,” said the ministry in a statement.

As a partner in the project, Invest India would collaborate extensively with ministry of Ayush  to frame the work plan of the bureau and define its short- and long-term targets. Invest India is expected to deploy highly trained and expert resources to implement and execute the ministry’s plans.

The activities to be undertaken by the SPFB would include :

“Some of the specific deliverables of the bureau would include project monitoring for inter-ministerial groups, skill development initiatives, setting up strategic intelligence research unit and initiating an innovation programme,” the ministry statement further read.

Ministry of AYUSH will be assisting the bureau in responding to investment proposals, issues and queries, and will also fund Invest India for undertaking assigned activities. The ministry will also support the bureau in building links with various stakeholders, such as industry associations, affiliate bodies of the ministry and industry representation.

The initiative is the latest in a series of steps taken by Ministry of AYUSH that aim to promote the sector such as setting up the comprehensive information technology backbone called Ayush grid for the entire sector, streamlining of Ayush education along modern lines, evolving global standards for Ayush systems for diagnostics and setting up a vertical for Ayush drugs control, to enable Ayush systems to move to the centre stage of health care activities. 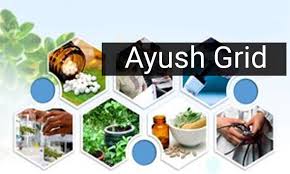 In 2014, the department of Ayush in the Union ministry of health and family welfare was converted into a full-fledged ministry, with Shripad Yesso Naik as the minister.

“The six years that followed have seen the potential of these being tapped on an unprecedented scale to address some of the long-standing challenges of public health in India. The picture that emerges from various studies and reports on the Ayush sector in this period indicates that the affordable and easily accessible solutions of Ayush systems are a boon to large sections of the society in their pursuit of maintaining satisfactory levels of health,” the statement read.

31/08/2020,Last date of Application of Fellowship/Scholarship by Ministry of AYUSH

Ministry of AYUSH publish “Immunity Bulletin” – Success story of AYUSH , in this Pandemic till date

AYUSH vs Indian Medical Association – Now Battle starts on which is “Placebo” in COVID 19?? HCQ, Remdesivir or AYUSH Medicine??