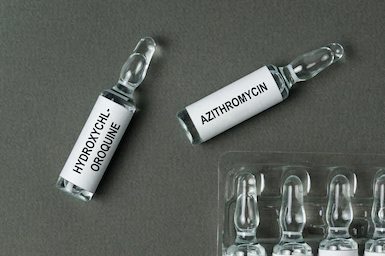 A combination of hydroxychloroquine (HCQ) and azithromycin (AZM) has been linked to significant cardiovascular risks, including mortality, according to a study published in the journal Lancet Rheumatology.

In patients with rheumatoid arthritis, HCQ treatment in 30 days was found to not carry excess risk of complications associated with its use, but HCQ treatment in the long-term had a 65 per cent relative increase in cardiovascular-related mortality compared to sulfasalazine.

According to the study, HCQ+AZM had a cardiovascular mortality risk that was more than twice (2.19) as high as the comparative treatment even in the short-term based on findings from more than 3,20,000 users of that combination therapy. This treatment also produced a 15-20 per cent increased rate of chest pain and heart failure.

Do you know?– Hydroxychloroquine itself & with Azithromycin shouldn’t be used for Covid treatment, even in trials,The Infectious Diseases Society of America(IDSA) recommends strongly

“HCQ, both alone and in combination with azithromycin, gained strong consideration as a potential COVID-19 treatment without a large-scale study of its overall safety profile,” said study co-author Daniel Prieto-Alhambra from the University of Oxford in the UK.

This study examined more than 9,50,000 HCQ users through de-identified electronic health records and administrative data over a 20-year period. Records were collected from 14 different databases spanning six nations (Germany, Japan, Netherlands, Spain, UK, US) and then mapped to the ‘OMOP Common Data Model’ to generate this large-scale analysis.

Also read– 99.6% of 3.48 crore people test COVID-19 Negative in GUJRAT by Govt distributed Arsenicum Album-30 & ‘AYUSH Prophylaxis’ which is half of state’s population in five months

Long-term HCQ therapy was associated with a 65 per cent increase in cardiovascular mortality as compared to sulfasalazine.

“We had access to an unprecedented amount of data on this drug and we were relieved to find no worrying side effects in the short-term use of hydroxychloroquine,” Prieto-Alhambra said. 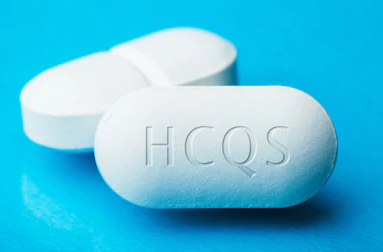 “However, when prescribed in combination with azithromycin, it may induce heart failure and cardiovascular mortality and we would urge caution in using the two together,” Alhambra added.

This study, first published on MedRxiv, has already had a significant impact on the healthcare community.

In April, the European Medicines Agency (EMA) cited the study in a warning about the risk of serious side-effects with chloroquine and hydroxychloroquine.

Ministry of AYUSH publish “Immunity Bulletin” – Success story of AYUSH , in this Pandemic till date

New Ministers Now Lead Ministry of AYUSH : Here is the all Updates