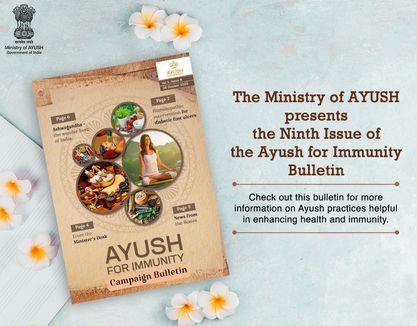 In 9th issue of the Ayush for Immunity Campaign Bulletin, Ministry of AYUSH published a study on Effectiveness of Homoeopathy in Diabetic Foot Ulcer 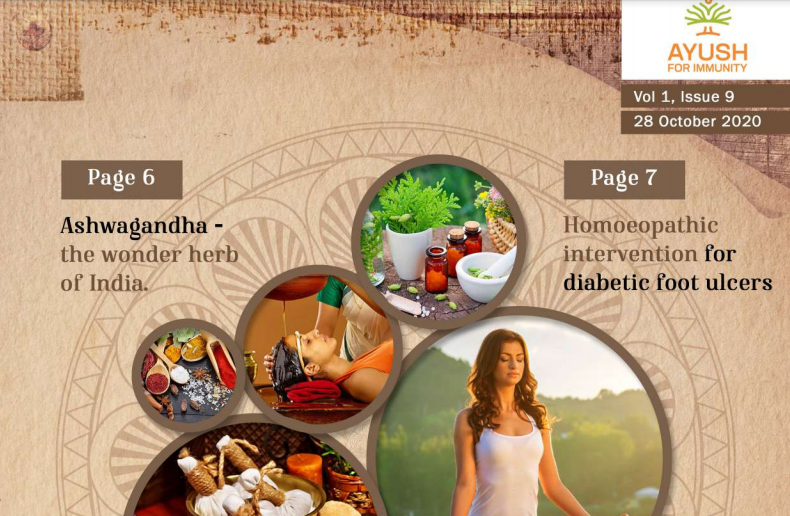 As a part of the Ayush for Immunity campaign, this bulletin provides latest news and information about  AYUSH.

The Homoeopathy offers an economical, safe and effective management for patients of Diabetic Foot ulcers(DFU) is not known to many patient who suffer from the said condition,
Says Dr. Hima Bindu Ponnam, a Research Officer with the Drug Standardization Unit, Hyderabad, which is a unit of the Central Council For Research in Homoeopathy(CCRH).
DFU is one of the most Serious and Costliest complications of Diabetes, she explains. According to WHO, every 30 seconds a lower limb is lost because this condition.
Dr.Ponnam narrates two important research Studies on DFU conducted by the Drug Standardization Extension Unit at Hyderabad:
STUDY 1: A prospective observational study to ascertain the role of Homoeopathic Therapy in the management of Diabetic Foot Ulcer(AJHM 2011,Vol104(4);166-76)
STUDY 2: Individualized Homoeopathic Intervention(IHI)in Diabetic Foot Ulcers(DFU):A Randomized Controlled Pilot Study Using Calendula Q vs Normal Saline for ulcer dressing (under peer review).
In the first Study, 90.5% patients achieved an early complete epithelization of the ulcers (12 Weeks).
This, paved the way of Second Study where along with Early Epithelialization, the quality of life of the patients has been assessed by specially designed questionnaire; Said Dr. Ponnam. The result was achieved in 95% of the patients.
According to Dr. Ponnam, these findings are quite significant, and she also recommends taking up RCTs in comparison with conventional treatment options.
The Ninth Issue of the#AyushforImmunityCampaign Bulletin is here-
Click here to Download the full Bulletin- Ayush for Immunity Campaign Bulletin – 9th issue
Click here to read the full Bulletin- https://main.ayush.gov.in/ayush-for-immunity-bulletin
Read also-Union Minister Shripad Naik stated AYUSH Treatment will be adopted globally as the mainstream treatment Very Soon
Read more–Ministry of AYUSH organised an Essay Writing Competition 2020-21 on Mahatma Gandhi’s belief in Nature Cure

4 drugs including Remdesivir, Hydroxychloroquine have little to No Effect on Coronavirus : WHO Published Latest Study Report